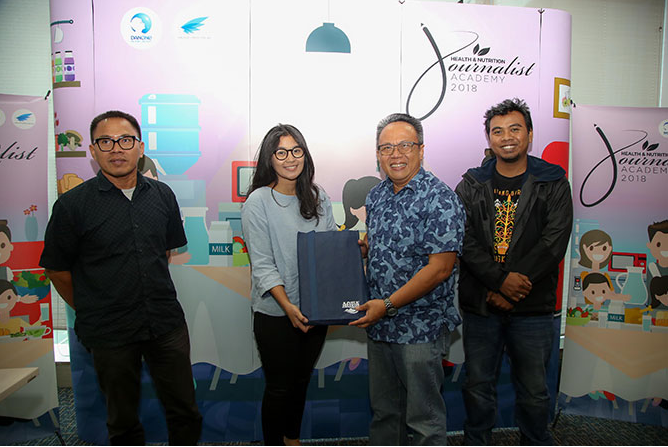 Jakarta, April 26, 2018- AJI Journalism School (SJAJI) and Danone Indonesia held the 2nd Health and Nutrition Journalist Academy (HNJA) to strengthen the capacity and knowledge of journalists in Indonesia on basic health and nutrition issues. The HNJA, first held in 2017, was born out of a common vision between SJAJI and Danone Indonesia to contribute to improving the quality of life of the community. The HNJA class begins today in Jakarta and ends in August 2018.

A total of 16 journalists follow this 2nd HNJA and will get material about health and nutrition and technical journalism from the expert. The sixteen journalists have been through the previous selection stage in the form of interviews and submission of the writing proposal. During the academy, participants will attend 14 classes, every Monday-Thursday, as well as field trips. In the class period, all participants will be accompanied by the Principal and Mentor to assist them in developing their journalistic work. This year was elected Febrina Siahaan and Aloysius Budi Kurniawan as Principal and Mentor.

SJAJI and Danone Indonesia hope that this academy can strengthen the capacity and knowledge of journalists in Indonesia in order to understand the basic health and nutrition issues and give great attention to the coverage for the fulfillment of the basic rights of this society. The role of journalists is considered very important to encourage the improvement of people's quality of life in terms of health and nutrition through his journalistic work.

SJAJI is initiated to increase the capacity of journalists in Indonesia. The hope can keep journalists constantly committed to fight for the public's rights to information and press freedom. Health and nutrition issues are the main right of the community that is considered to need attention from all levels of society. Danone is a food and beverage company that has a mission to provide health to as many people as possible. Danone believes that in establishing a healthy body, it takes a healthy intake that comes from a healthy environment or called One Planet One Health.

Corporate Communication Director Danone Indonesia, Arif Mujahidin said that in implementing the mission of the Company is very important to establish cooperation with various parties. According to him, the media is one of the vanguard that can encourage the improvement of community health and nutrition. "The media has a very important role to arouse awareness of various parties to pay attention to health and nutrition issues that are the basic rights of society. Therefore, partnering with AJI that has the same attention, Health and Nutrition Journalist Academy is expected to provide new knowledge for media crew and encourage journalists to produce works to improve the quality of life of the community, "said Arif.

Arif also added that issues related to community health and nutrition related to many aspects, both from the side of government policy, public education, availability of access to clean water, environmental and economic as well as social.

Of the 169 Sustainable Development Goals (SDGs) target, there are 19 targets that can not be achieved by the Government of Indonesia, one of which is related to the health sector. The causes include high maternal mortality, rural sanitation and infectious diseases such as HIV and tuberculosis. The government itself has established the Indonesian National Medium-Term Development Plan (RPJMN) 2015-2019, which targets several improvements in health indicators such as the achievement of 100% access to clean water and sanitation (Universal Access). In addition, another indicator is the maternal mortality rate decreased from 346 per 100,000 live births, for infant mortality decreased from 32 to 24 per 1000 live births. While the prevalence of underfive malnutrition decreased from 19.6% to 17% and stunting prevalence from 32.9% to 28%.

AJI Indonesia Chairman Abdul Manan said, HNJA is one of the initiatives to increase the competence of Journalists, especially in the theme of health. This is one of the implementation of the three main programs of AJI, which are fighting for freedom of the press, improving professionalism and prosperity of journalists. The theme of health, although important and very close to the interests of many people, has also not received proper attention. This suggests that this theme is still less interesting than political, legal and economic. "It is one of the duties of journalists to come to make important issues such as health become interesting," said Manan.

Using an academic approach such as HNJA, Manan said, Journalists will get two advantages at once, which is getting knowledge about the health of the expert. They will also get mentoring from experienced Journalists. "The ultimate hope of this training is the increasing number of journalists who have more concern for the health themes, in addition to encouraging more in-depth or investigative journalistic work on this theme," Manan added. 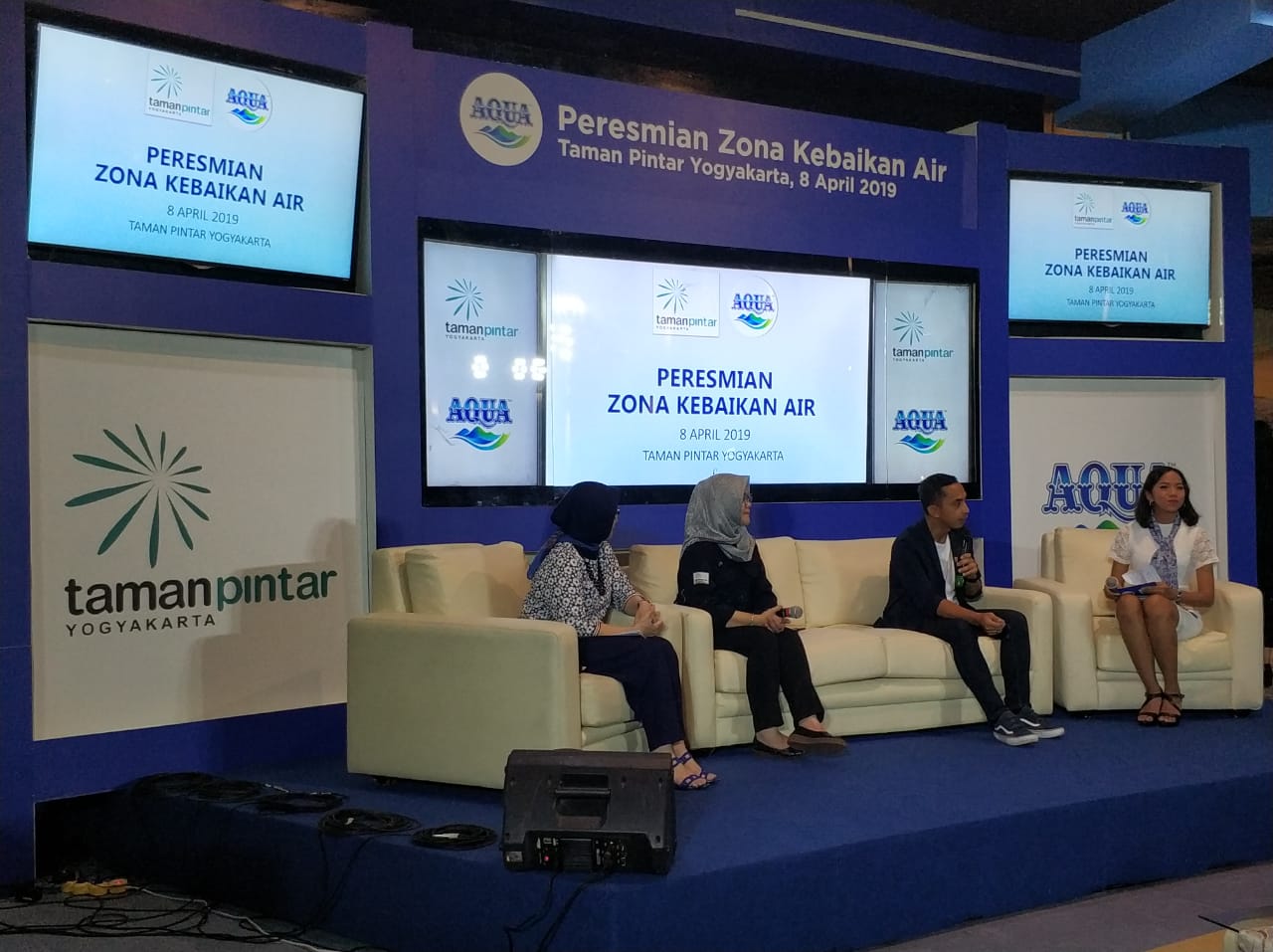 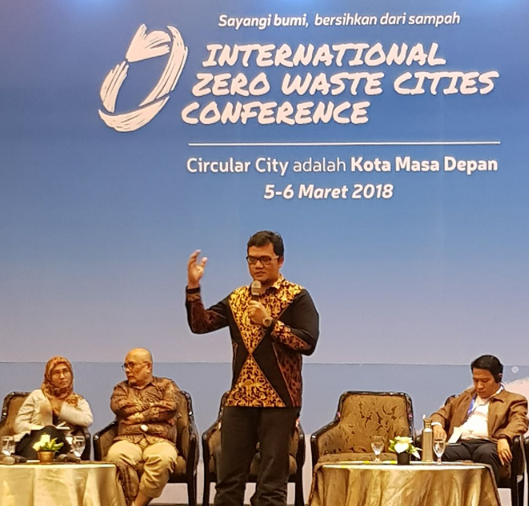 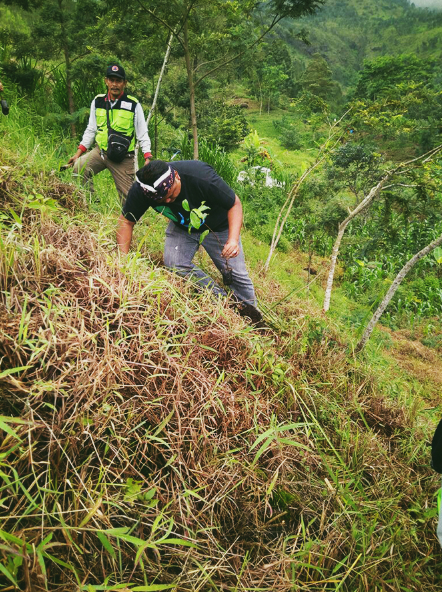 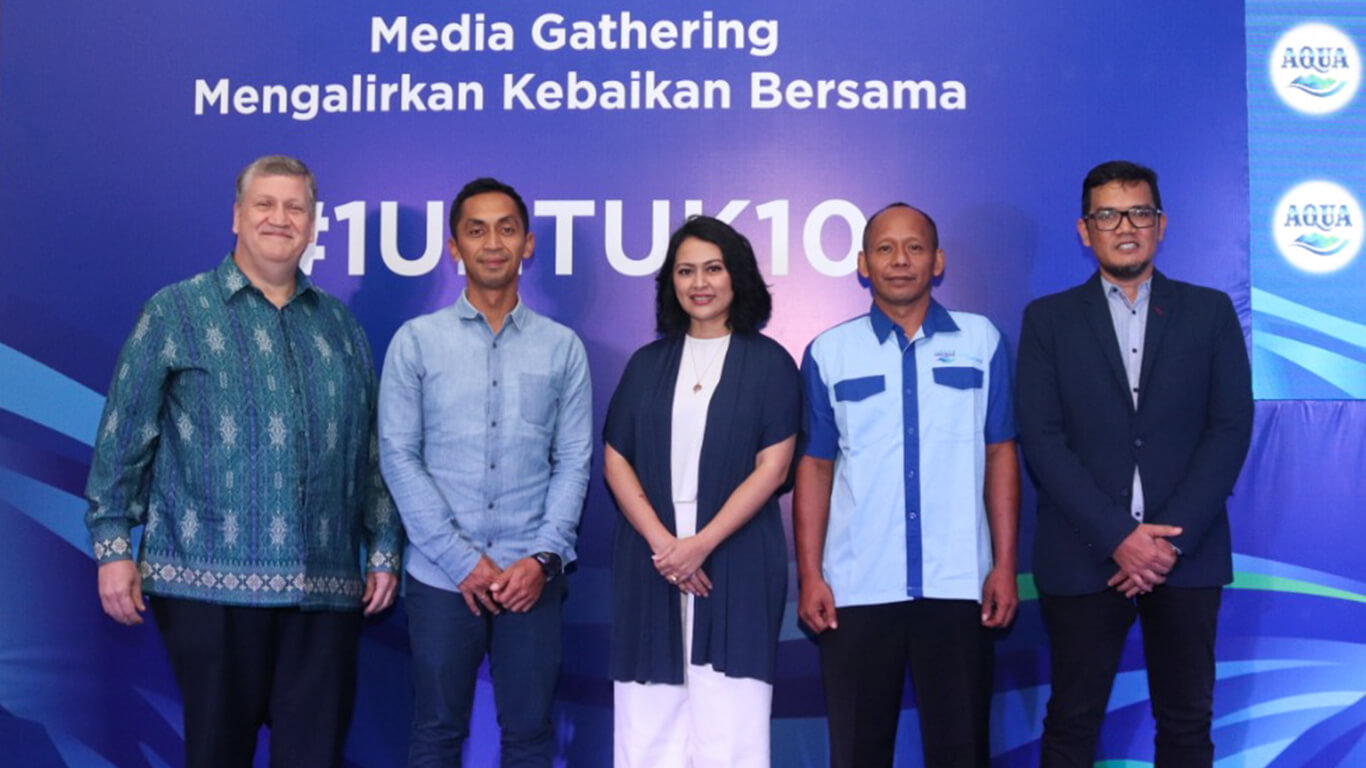