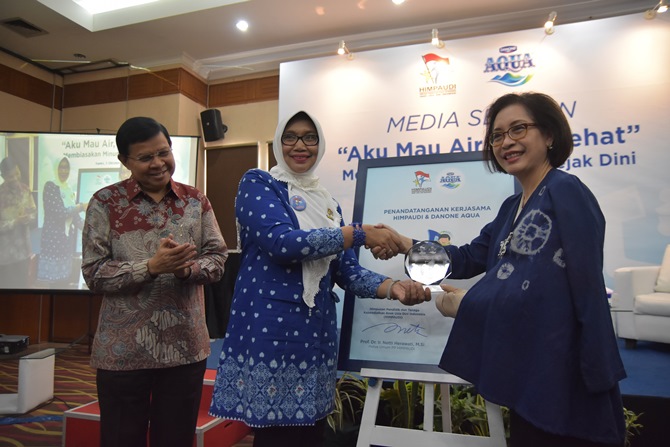 Drinking water is healthy and enough to prevent children from the risk of health problems. However, based on research in 13 countries published by the European Journal of Nutrition, the current condition shows that 1 in 4 children in Indonesia is still under-drinking, of which 30% consumed is not water [1]. Ideally, pre-school children (ages 4-6 years) need 1.2 liters of water per day (equivalent to 5-6 cups), while children ages 7-9 require 1.5 liters of water (6-7) glasses every day) [2].

Collaboration between both parties will be realized through education for healthy drinking, followed by educators and learners of Early Childhood Education (PAUD) from all over Indonesia. This teaching method will be implemented by PAUD institution in teaching drinking water habit to children.

Educational institutions such as PAUD have an important role to provide direction and trace of positive memory to drinking water habit before, during, and after physical activity, early on. "Currently the Government of Indonesia through the Ministry of Health has launched a Healthy Indonesia Program with the pillars of Healthy Paradigm. The pillar is implemented by applying Healthy Behavior Clean and Healthy (PHBS) early on in the community ", said dr. Anung Sugihantono, M. Kes, Director General of Public Health, Ministry of Health of the Republic of Indonesia.

"HIMPAUDI moved and started the initiative to familiarize children drinking water from an early age through the implementation of early education in PAUD institutions. This is consistent with our mission to build partnerships for the improvement of competence, qualifications, welfare, and protection and awards of PAUD educators and education personnel. We welcome Danone AQUA support in realizing the teaching method of drinking water is good for early childhood, "said Prof. Dr. Ir. Netti Herawati, M.SI.

The mission of HIMPAUDI as an independent organization that oversees early child educators in Indonesia is in line with Danone AQUA's mission as a Company that has a principle of giving the good of life to every individual. The One Planet value, One Health promoted by Danone will always remind people to protect and maintain the health and well-being of the planet, from an early age.

"The collaboration of HIMPAUDI and Danone AQUA is a synergistic and sustainable cooperation in raising awareness of drinking water in early childhood. We deeply appreciate HIMPAUDI which helped encourage children's habits to live healthy through this partnership where 90 PAUD institutions in Indonesia will participate in the search for teaching methods that will be implemented in all Indonesian early childhood institutions, "explained Leila Djafaar 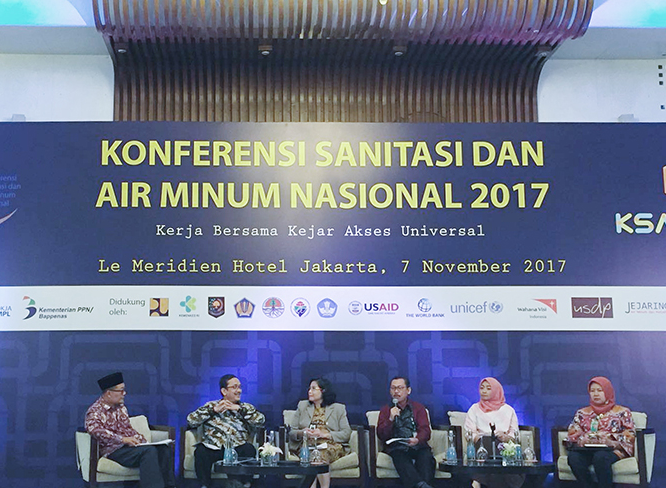 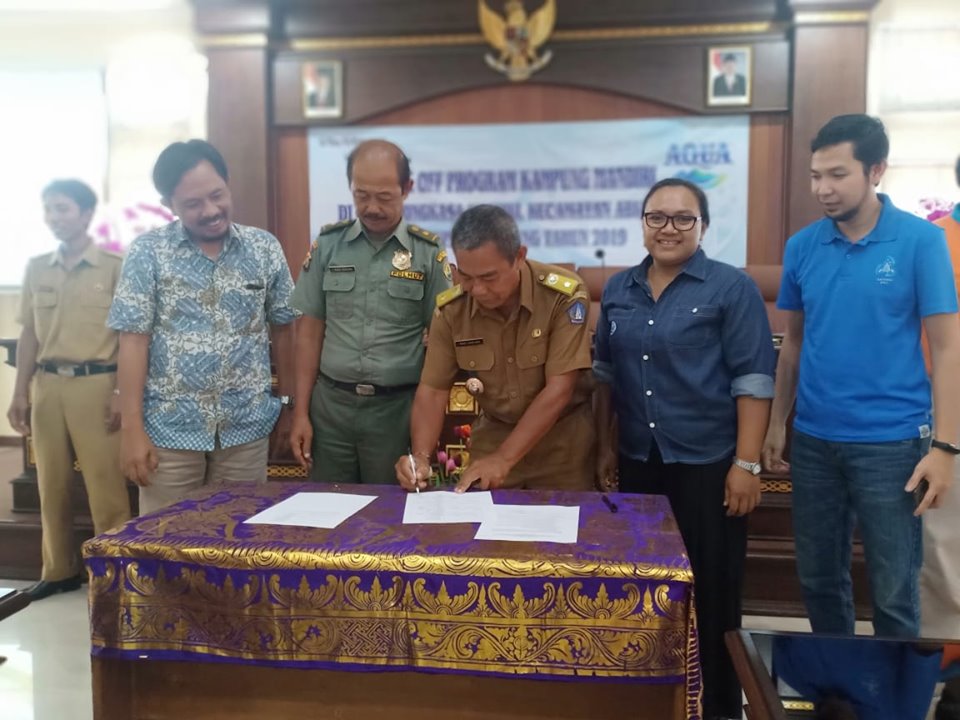 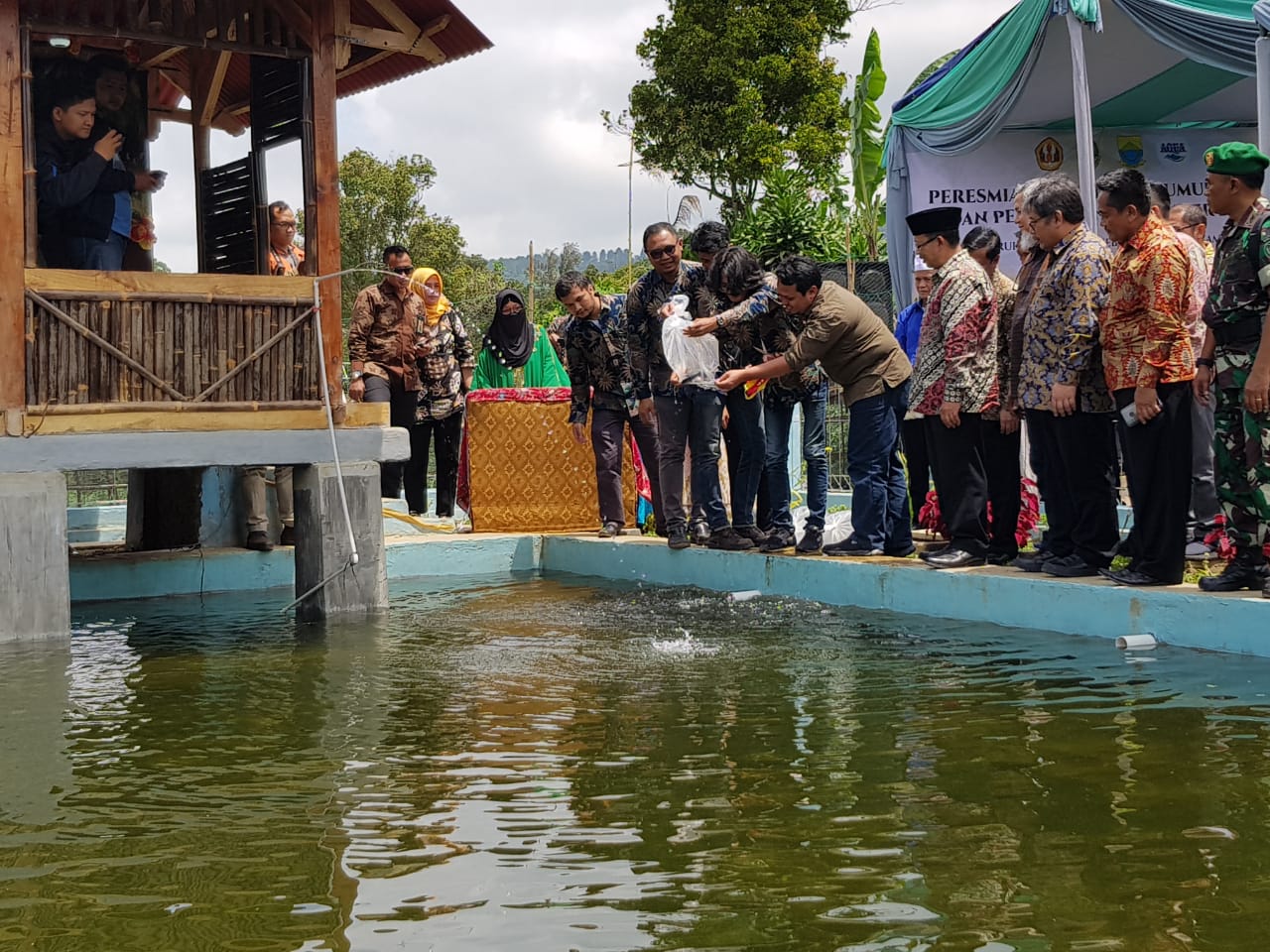 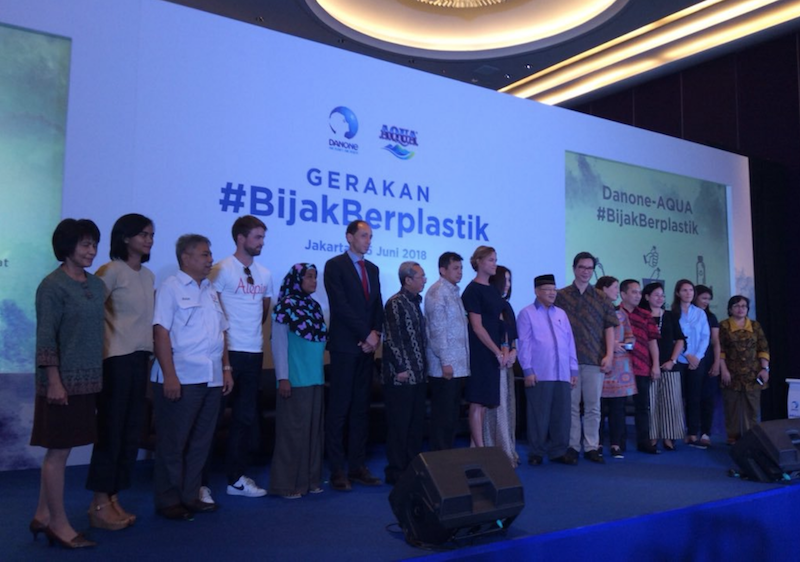